Summer is gone, and so are the bright days. This is usually the time of the year when I switch my system to to “dark” mode for the next coming months. However, my terminal and CLI applications do not detect this mode automatically. Nothing that cannot be scripted, though!

For the TL;DR readers, here is the result for the dark theme: 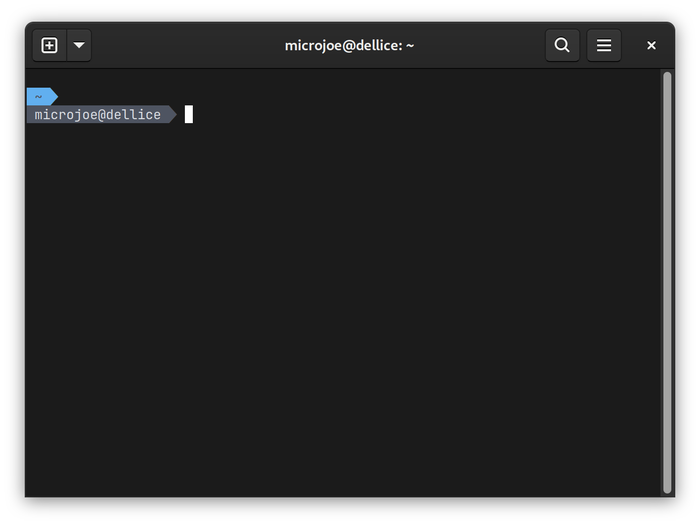 And for the light theme: 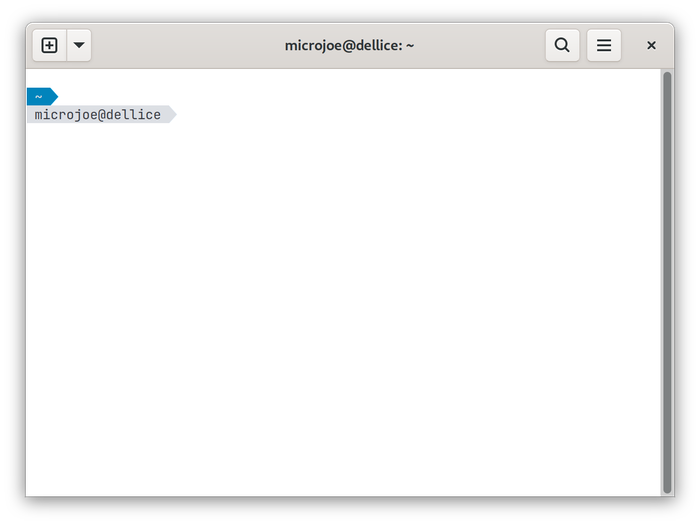 Since I switched from sway to GNOME for ease of use in daily tasks, one thing that I liked this the ability to flawlessly switch from light to dark theme in the click of a button, and admire the whole system adapt its colors almost imediately: GTK apps, as well as most websites using the correct CSS queries.

To select GNOME’s dark theme, one has to open gnome-tweaks and select the Adwaita-dark theme instead of Adwaita. 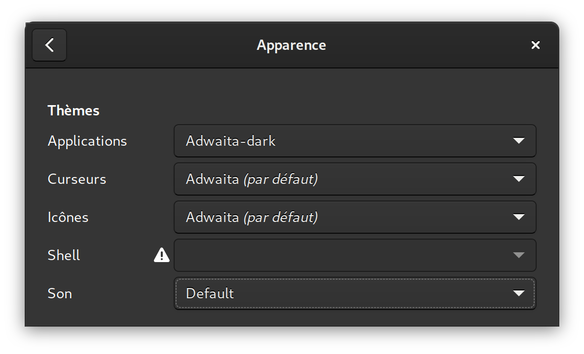 Once done, the whole system should adapt to the new selected dark variant. 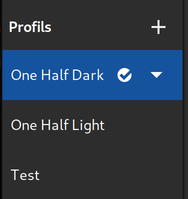 I have not found how to automate this part, but I am sure that there is some magic gsettings command to switch the default profile using the terminal. I could create a winter_is_coming.sh script to change the default gnome-terminal profile from One Half Light to One Half Dark.

Now that the terminal is configured to use a white font on black background, I need to adapt my dotfiles to use the dark variants as well. Especially:

Previously, I was setting them manually:

But this time, it was the occasion to set the theme automatically. This way, if I find myself in a bright day during winter, coding outside thanks to climate change, I can switch my whole system to light mode by changing the GNOME theme.

I'd need to find out how to switch gnome-terminal's default theme from One Half Dark to One Half Light, but still.

The first step is to write a small executable script that can be used to detect the theme. Instead of using return codes — for example 0 for dark and 1 for light — I decided to print a string (without \n) in order to easily check for it in my dotfiles, and always return zero to indicate success.

Note that gsettings is returning a string surrounded by single quotes:

This is why I had to use POSIX string substitution in order to remove the last quote, before comparing the THEME to itself with the trailing -dark suffix removed.

We can then call this script from everywhere and detect the current theme:

Note that ZSH is printing a % to indicate that there is no newline at the end of the command's write to stdout.

Calling the script in dotfiles

Now that the script is ready, we can call it in the dotfiles that require it.

This is the easy part:

Then the THEME can be checked in different places of the script:

I had to document myself on how to run commands using vimscript, as well as writing an if statement. Nothing complicated, but this is the first time I am writing vimscript in years of vim usage:

Also, when SSH'ing into remote servers, the server cannot detect the theme. This is because the GNOME session is not running on the server, but on the SSH client. One option to make it work would be to set an environment variable upon ZSH session startup, and then pass and reuse it during SSH sessions. The environment variable could also be checked by (neo) vim, instead of re-running the command on each editor startup.

Not perfect, but not bad either!