Boing, time for another status update.

I have finally found how to make my fonts-creep2 package work on my Debian machines. The solution was to not use the TTF file that contains the Bitmap glyphs, but instead generate an OTB file, which is an OpenType format for Bitmap fonts. 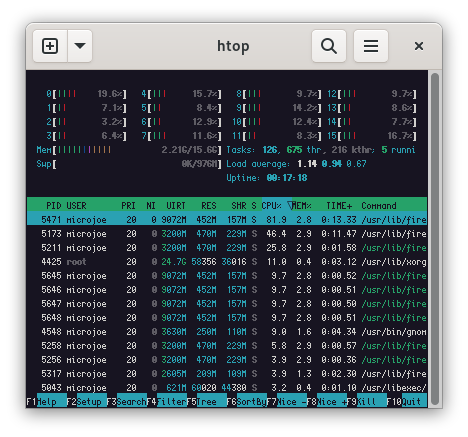 This means that I can close the fonts-creep ITP bug altogether and rely on this fonts-creep2 package instead. Hopefully it will be reviewed and uploaded soon by a certified™ Debian Developer.

This font is too small for daily usage, but imagine the quantity of data you could display on an auxiliary screen with poor resolution (and poor pixel density eventually).

Here is a meme I created for the occasion: 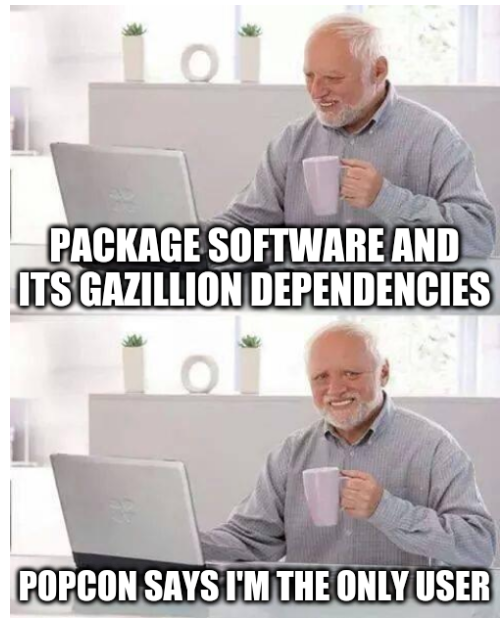 I have obsoleted my most popular Rust crate, gladis.

Indeed, the GTK folks have managed to develop a similar solution named CompositeTemplate, that is available in both gtk3-macros and gtk4-macros crates. I did not investigate from how long this has been available before I created this crate. Hopefully it did not exist before I developed it.

I have learnt a lot about Rust crates development with this crate, and managed to put in place a semi-automated release flow that I will surely use in other future crates.